In Kafr El Sheikh, Egypt, a little boy named Badr lives in fear of losing his father, a fisherman, because of a plant called the Nile rose. Also known as water hyacinth, this beautiful but highly invasive and destructive plant poses grave dangers to the fishing industry. The rose’s rapid reproductive rate and complex root structure allow it to form dense, interlocking mats which can impede navigation and affect fish populations. As a result, Badr’s father must sail his fragile boat in dangerous territorial waters to find fish, risking his life along the way. Thousands of families around the world face this same fate every day. (The Nile rose has already invaded freshwater systems in more than 50 countries on five continents.
The National Champion of Egypt, October 6 University, dedicated more than 1,000 hours to studying the Nile rose. After rigorous research and lab testing, the team launched Cellurose, a multi-stage project that focuses on removal and utilization of every part of the plant to drive economic development. The business produces fish feed from the petals of the Nile rose, cellulose and alpha cellulose (the building blocks of paper, cardboard and textiles) from its roots and stems to be incorporated in the manufacturing of medical gowns and textiles, and black liquor fertilizer from the waste of the cellulose.
Instead of throwing away or burning the rose, each phase of Cellurose ensures a zero-waste model. To date, the project has prevented more than 1,500 pounds of waste from being burned.
Through orientation sessions, the team increased its partners’ understanding of the business cycle, enabling them to take the lead. By setting up renewable contracts between the beneficiaries and their importers, the team is ensuring continuous supply and demand. The team from October 6 University have assisted members of 80 villages with implementing Cellurose, which has elevated them above the poverty line and increased their income by more than 175 percent. The project has generated a total revenue of 268,000 Egyptian pounds. 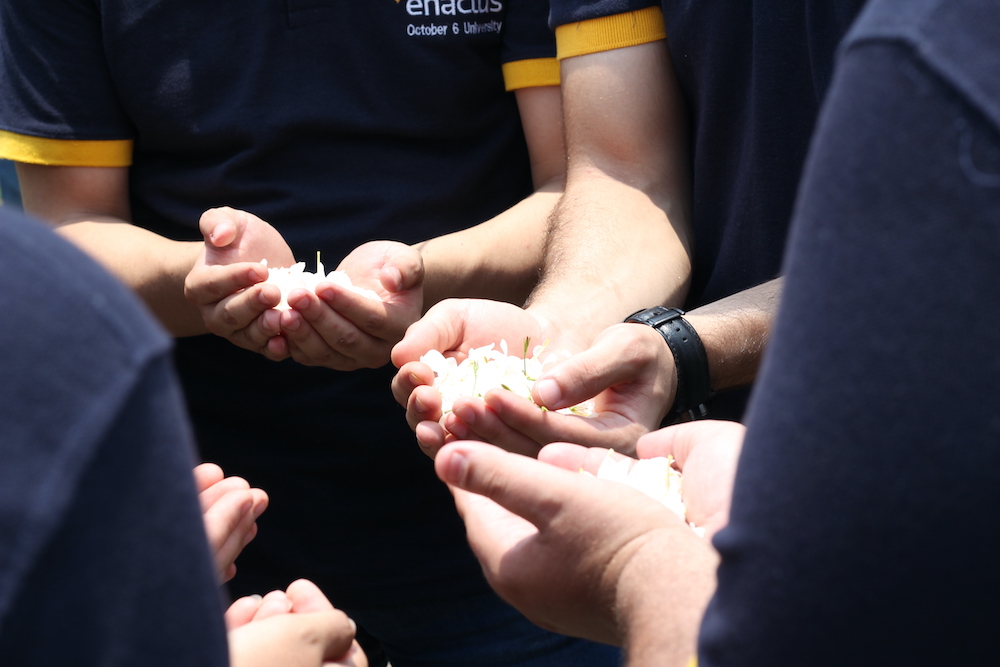 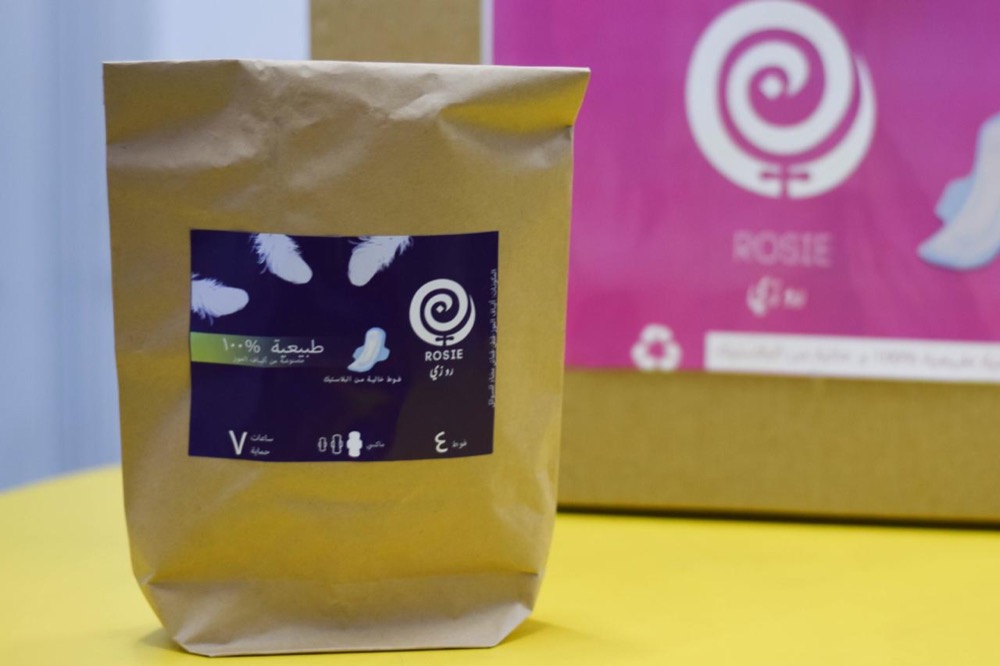 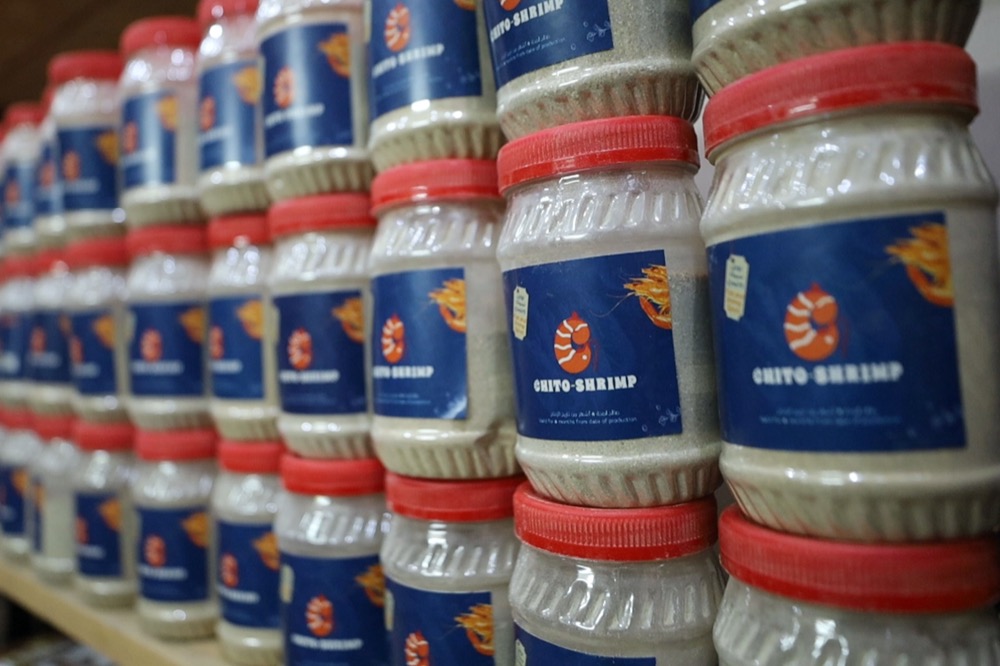